We’re at full stop on westbound 401 and collector lanes, just before the Wilson exit. It’s been an hour of this, and I’ve been watching the construction truck inch it’s way across the gridlock for the past twenty minutes. The truck has a huge arrow on the back of it, pointing right.

Rush hour folk are dogged though, so it takes another twenty before they register the truck and it’s arrow (GET OFF THIS HIGHWAY DUMDUMS, IT’S NOT TAKING YOU ANYWHERE), and change their minds about how to get where they’re going.

My car and I are in the left lane close to the barrier, so I can’t move until they do.

Up close and at zero speed, we become a community that negotiates a change of plan together. Range Rover dude is rude with his horn, insisting to the woman in the bright red Cube that he go first. She has her window open, turns around in her seat to give him the eye, and some words. He stops pushing. Red Cube then pulls in front of Range Rover and waits to let five cars through, before moving on.

This is not road rage. He has just simply and cleanly been put back into his place, among the rest of us.

It is really really hot. On the slow crawl toward this impasse I’ve felt the truth of it; people live long hours of their life on this highway, in the heat, in their cars, burning extra fossil fuel to crank the air conditioning (without which the conditions would border on lethal to humans).

What do the daily rush hour veterans of this route do? What do they talk about, think about? I check out what’s happening in the cars around me – some are on their phones, some with passengers, others just stare. Of those a few are thoughtful; most seem blank, bored, disengaged.

What does someone feel I wonder, in all these daily hours spent on the long red road? Does it get easier if you just go numb, or maybe process the past, envision the future. Place yourself anywhere but in the endless present moment between here and there, then and then.

Maybe Now ceases to exist, in rush hour, on the highway. Huh.

I come from sunlight through green leaves and a lake of infinite moods, so I can’t numb out. Instead I look for green like a touchstone and find it here too, eating the road from the road’s margins, tenacious and thriving, gloriously inevitable.

There is no purple knapweed, or rich goldenrod yellow. No chicory blue to take my breath away as it does in less travelled places. There is twitch grass and thistle though, daisies, shrubs and other toughened, mighty plants that have the will to grow and push through cracks of asphalt and from beneath concrete barriers.

And blossom there. I love this.

We eventually work our way off the 401 and onto Wilson, where the traffic and the air moves again. Our little community project to collectively turn away from an impasse has been successful, and so we disperse – some north, some south on Jane, others continuing west. By the time I get back on to the 401 fifteen minutes later I recognize no other cars or licence plates; we humans are all disconnected again, at 110km per hour.

I look for it; there is still green, eating the road from the margins, like a promise.

Getting there... come on down to Cotton Factory’s fifth birthday party tonight & check it out!
Three inches of academic journals, now becoming tree bark.. long way to go, Martha. Come see the finished trees and a bunch of brilliant artists this coming Saturday at Cotton Factory’s fifth birthday party!!
Does this look like tree bark? Imagine a little paint, but not enough to totally obscure the text...
Mmmm toast and hot pepper jelly, from my good friend Solomon, King of the Christmas gifts...
For musiking the soundtracks...
Michael McLuhan’s old photo lamp, and behind it the diggers piling scrap metal into mountains. The big chair and the very close to finished waves. Taking a minute with all of this before I dive in & change it all around, & before they move the mountains again... 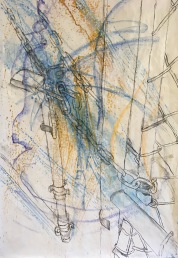 The first of five pieces on paper I presented at the artists’ talk for the 2018-19 Cotton Factory Residency. Pavement 1: door and chain. A response to my month-long stay in a student apartment at Barton and Emerald Streets in Hamilton. Pretty disempowered neighbourhood – I found myself walking there with eyes down, was warned not to go out at night. 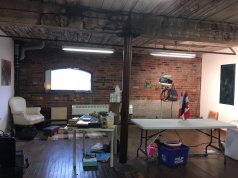 paintings on silk, china marker drawings. Hmmm, what will these become? Hamilton Residency 2019 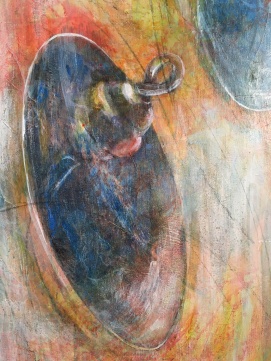 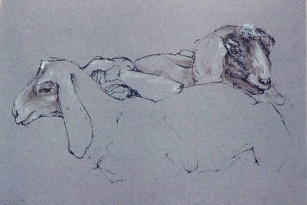 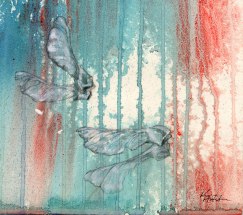 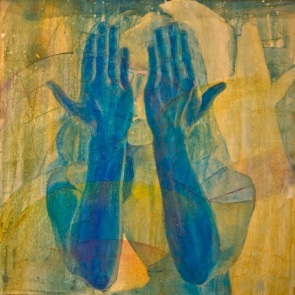 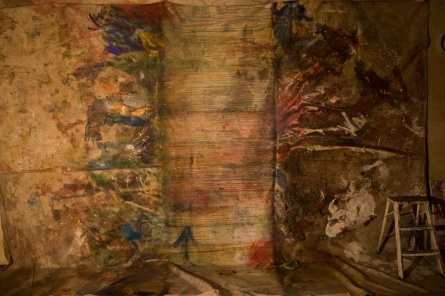 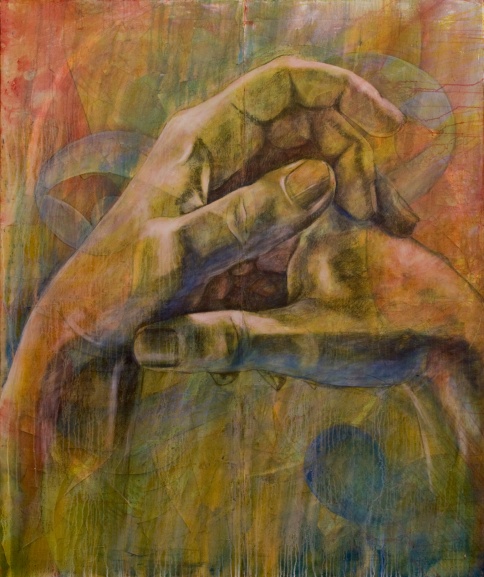 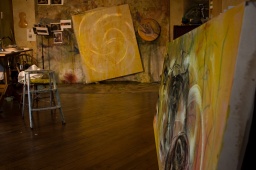 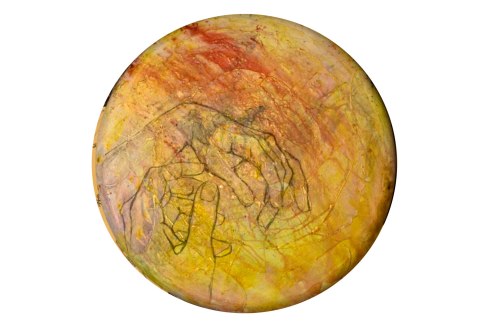 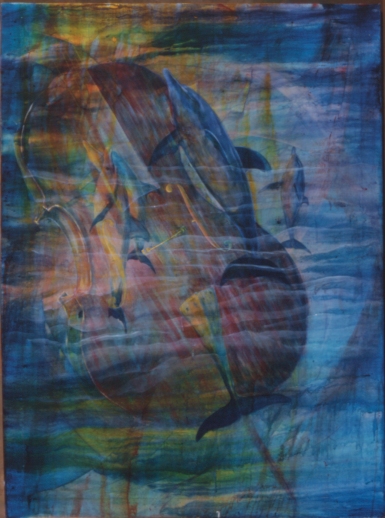 me hiding behind my other self 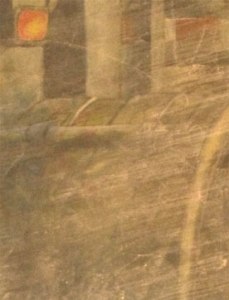 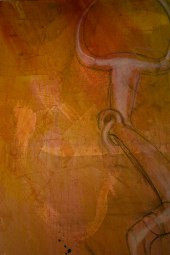 inheritance from two families on my mother’s side: A proud sign from Kennedy Foundry of Owen Sound, hanging on the wall of Circle Bar Ladies’ Hosiery factory, also in Owen Sound, owned and operated by my mom & aunt’s grandparents, Walter and Catherine Keebler. 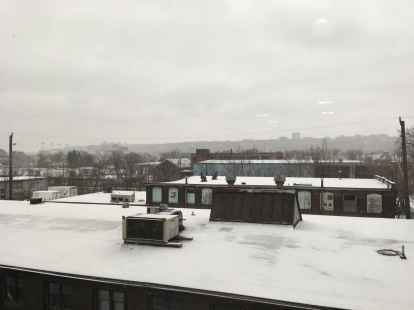 View from the 3rd floor at Cotton Factory. You can see the old site for Ivor Wynn Stadium – my name could still be buried there somewhere on microfiilm to record a 1968 dedication ceremony involving Pierre Trudeau and the Mayor of Hamilton. I was five, I think.

how to connect with me directly